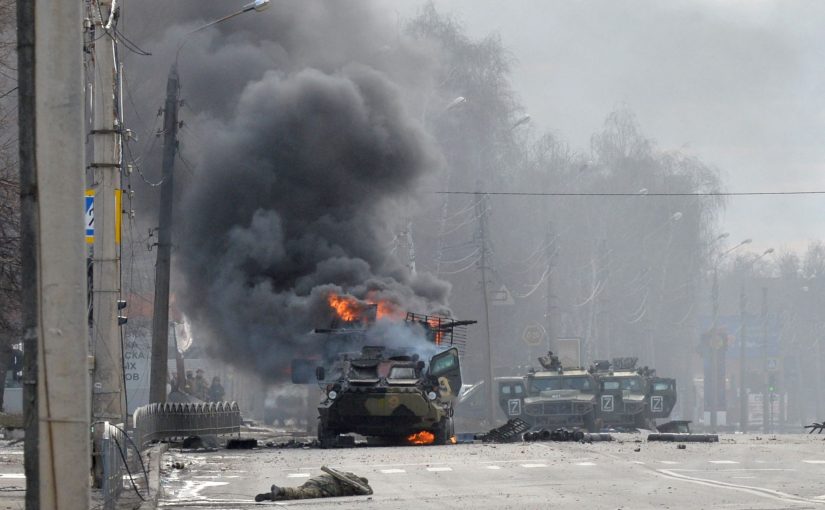 Ukrainian member of Parliament Kira Rudik stated in an interview over the weekend with Fox News that she and her fellow Ukrainian citizens are not only fighting Russia to save their own country but to save the “new world order that includes all the other democratic countries.”

Of course “democratic” is in the eye of the beholder. Canadian PM Justin Trudeau says he’s for “preserving our Democracy” too, even while he was locking truck drivers out of their bank accounts and towing their trucks away to be expropriated by the state. The truckers’ crime? They did not agree with Trudeau’s Covid vaccine mandates and mask mandates.

Joe Biden and his handlers also remind us daily that he is fighting to save America’s democracy even as his Department of Justice brands entire swaths of the population who criticize his Covid policies as potential terrorists simply because they don’t like his Covid mandates or speak out against election fraud in the 2020 election.

This is the “democracy” heralded by the proponents of the Great Reset, aka new world order. And that’s what Ms. Rudik says her people in Ukraine are fighting to preserve. The entire interview is interesting but pay particular attention in the segment that runs from the 1:43 mark to 2:05 mark.

All we are getting in America is the slanted coverage from the corporate-owned, state-run mainstream media along with, hate to say it, often just as slanted views from the American conservative media. And from what I have been watching over the last four days, these media outlets seem to be pushing the narrative toward all-out war with Russia. This could lead to a nuclear exchange but they don’t care.

They are gearing all their coverage right now around “poor Ukraine,” having to defend their borders with housewives and old men carrying AK-47s.

I’m not saying there’s not some of that going on, or that such actions are not commendable. What I am saying is that there is much more to the story that we are not being told.

The mainstream corporate media’s main method of slanting the story is not always in what they are telling you but what they are not telling you. Rather than give you both sides and let you make up your mind which seems right to believe, they want to force-feed you only the narrative that supports an agenda. And right now that agenda is war.

As the venerable Dr. Vernon Coleman writes, and I agree, war was always going to be needed to forcibly implement the Great Reset. And volatile Ukraine is the perfect place to start it.

For a taste of Ukraine’s brutal history as a place populated by back-biting, disgruntled family members, I share the following information provided by the Orthodox Church (this came from the Church’s Youtube channel in a post from Saturday, Feb. 26. I did not change any of the content but did clean up some of the grammar as English is not the first language of the Orthodox hierarchy. Also know that this history is from the Russian and Eastern Ukrainian perspective, so I’m not necessarily endorsing it, all I am doing is sharing it because every dispute has two sides to the story and we in the West are only hearing one side right now in an all-out, politically motivated propaganda assault).

We tried to avoid the painful subject of war in Ukraine but there were just too many comments and questions coming. We are forced to comment on the subject. First, the war did not start three days ago, it started back in 2014, at the Maidan Revolution that was sponsored by the Western powers to topple the pro-Russian government.

Most don’t know the history of Ukraine. The country is made up of three groups of people.

The first are central Ukrainians who are neutral and have mixed feelings about both the West and Russia, most of them speak Russian.

The second group are southern and eastern Ukrainians who speak Russian and consider themselves to be Russian mostly. They live in Odessa, Crimea, Donbas and Kharkov.

The third and smallest group are western Ukrainians, who are extremely Russophobe and have their center in Lvov, and they are not Orthodox. They are mostly Roman Catholics Uniates or Latin Rite, and they do not speak Russian. They speak Ukrainian, which is so similar to Russian that many think it is more a matter of different dialects. These western Ukrainians are mostly leftovers from once powerful Poland that competed with Russia for control of Ukraine.

This unnatural union of three different-minded groups of people was created by Lenin for the first time 100 years ago. And therefore we have a civil war for the last eight years and it is not the first one.

Millions of Russian-speaking Ukrainians were killed by western Ukrainians during Hitler occupation of Ukraine. Historically Ukraine was only Kiev and the lands that surround it. Ukraine in both Russian and Ukrainian literally means “Border land.”

So to be Ukrainian would mean to be Borderian. And, indeed, Ukraine became the border (a fault line) of many competing superpowers.

But it is a historical fact that Russian Christian culture started in Kiev, but Russians failed to spread to the West so they went to the East and moved their political power to Moscow and St. Petersburg.

During the Second World War, Western Ukrainians for various reasons joined Hitler to fight the USSR, and to this day, Western Ukraine remains a lair of neo-Nazism and Banderism (named after Bandera, the Ukrainian Nazi leader).

The new pro-Western government that was established in 2014, has banned Russian language in public and has unleashed neo-Nazi Banderists across Kiev, and Russian-speaking Eastern and Southern Ukraine. They even managed to burn 39 Russian-Ukrainians alive in Odessa’s Trade Union Hall. These events triggered a war in eastern Donbas region and led to Crimea’s separation.

In 2018, Ukraine ended its strategic partnership agreement with Russia and says it wants to enter NATO. Russia being a superpower does not want US-NATO troops and missiles in Ukraine, and that is why we have this tragic invasion.

If he condemns the invasion that could end the eight-year war and Russophobe and anti-Orthodox government, he does no good to his people in Ukraine and the Church. But if he embraces war he abandons many central and western Ukrainians who are loyal to the Moscow Patriarchate but are willing to defend the current Ukraine, and also many who are just conscripts.

Let us all pray for the speedy end of this eight years long war.

LeoHohmann.com operates 100 percent on reader contributions and is not beholden to any corporate ads or sponsorships. You may send donations of any size c/o Leo Hohmann, PO Box 291, Newnan, GA 30264, or via credit card below.

41 thoughts on “Ukrainian MP: ‘We are not only fighting for Ukraine, we are fighting for the New World Order’”