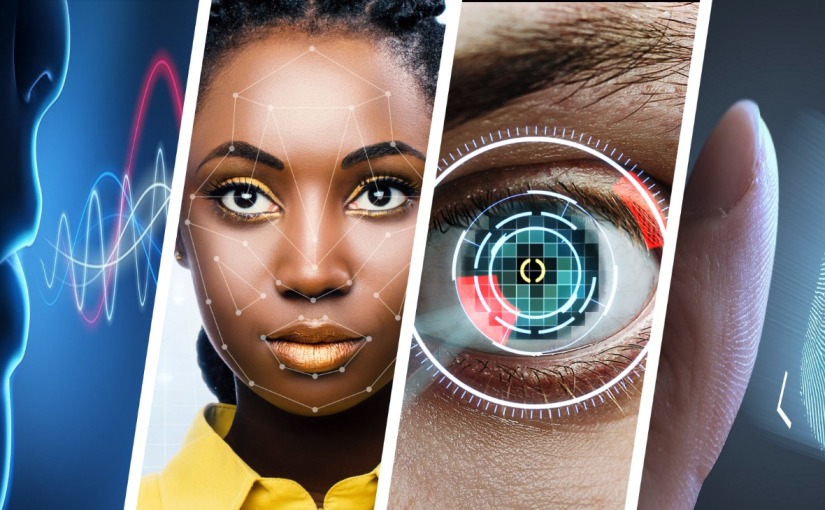 I have repeatedly warned that the two things the globalists must get people to accept before they can fully implement their Great Reset (aka New World Order) are a global digital money system to replace the current fiat currencies and a globally recognized digital ID system to replace the cards in our wallets.

Yes, ladies and gents, the Fourth Reich is rising.

Once these two things are in place — digital money and digital IDs — we will have reached the point of no return. The long coveted one-world beast system will be cemented in place. Nobody will be able to buy or sell without “showing your digital papers.” This is what Covid was all about, getting rid of the dirty money (cash) and plastic ID cards, and getting people to accept a digital ID, which will start out as a digital health passport with your own individually assigned QR code.

French President Emmanuel Macron, the poster boy for the World Economic Forum and its evil schemes to control the world, recently tried to re-introduce that nation’s digital Covid pass. He met with a resounding defeat in the French Parliament last week. That was a huge victory for we the people but the globalists are going to make another big push to get the nations to accept the global ID system they have already invested billions of dollars to bring about. Its purpose is to digitize every human being with a QR code and tie that data point in with their bank accounts and the coming new digital money system.

Once the cash money and physical ID cards are gone, so goes what’s left of our economic privacy, our freedom of movement, freedom of speech, and right on down the line to total tyranny. We will own nothing, have no privacy and learn to like it, or else.

The article below updates us on the drive to get every man, woman and child on planet Earth registered with a digital ID tied to the one-world economic system. It is based on a surprising report out of New York University, of all places.

New York University’s Center for Human Rights and Global Justice has issued a chilling warning about the potential dangers to human rights posed by the push for digital identity.

In mid-June, the Center for Human Rights and Global Justice, a “hub for human rights study” at New York University (NYU) School of Law, issued a 100-page report detailing the growing dangers of a reliance on digital identity around the world. The report, titled Paving a Digital Road to Hell?, examines the role of the World Bank and other international networks which have been promoting the use of digital ID in recent years.

The report notes that the World Bank has been “energetically promoting biometric and other digital ID systems that are increasingly linked to large-scale human rights violations, especially in the Global South.”

The researchers warn that digital identity schemes “promoted in the name of development and inclusion, might be achieving neither.” Despite ostensibly good intentions on the part of some promoting these systems, they “may well be paving a digital road to hell.”

The press release for the report notes (emphasis added):

“Governments around the world have been investing heavily in digital identification systems, often with biometric components (digital ID). The rapid proliferation of such systems is driven by a new development consensus, packaged and promoted by key global actors like the World Bank, but also by governments, foundations, vendors and consulting firms.“

The report states that many of the digital identity schemes are taking inspiration from the Aadhaar system in India. This specific digital ID model has prioritized digital ID as an “economic identity,” according to the report.

“The goal of such systems is primarily to establish ‘uniqueness’ of individuals, commonly with the help of biometric technologies,” the release states. This in turn allows for bringing in impoverished people from the “informal” or “counter-economy” to the formal economy. This also has the effect of “unlocking” their behavioral data that can then be used by governments and other parties.

The report also notes that the Executive Chairman of the influential ID4Africa, a platform where African governments and major companies in the digital ID market meet, noted at the 2022 Annual Meeting in June that digital ID is no longer about identity alone but,

(NOTE FROM LEO: The key word above, note, is PAYMENTS SYSTEMS. That’s what this is really all about, linking your ID to your ability to pay for goods and services)

The report details how the promoters of the new digital/economic identity model often evade “difficult questions” about the legal status and rights of those being registered. Despite promises of inclusion and flourishing digital economies, digital ID systems have “consistently failed to deliver on these promises in real-world situations, especially for the most marginalized.” The Aadhaar system itself has been criticized for severe and large-scale human rights violations.

In fact, the report finds that the evidence indicates it is the small group of companies and governments who stand to benefit most from these systems.

“After all, where digital ID systems have tended to excel is in generating lucrative contracts for biometrics companies and enhancing the surveillance and migration-control capabilities of governments.”

Who is Driving the Push to Digital Identity?

The authors of the report also call for a “more clearly developed notion of ‘who’ are the most relevant actors driving this agenda and ‘what’ are the key concepts that should be contested and reimagined.” They say that much can be learned by focusing on the actions of the World Bank Group, and “more specifically its ID4D Initiative, as a central node in a more extensive global network of digital ID promotion.”

In 2014, the World Bank launched the Identification for Development (ID4D) program with the aim of solving the problem of a lack of identity for much of the so-called “developing world.” The World Bank is funding digital biometric ID programs in Mexico, pushing digital ID in poorer countries with the ostensible goal of providing legal identity to the 1.1 billion people who do not currently have one.

This program was started with a “catalytic investment” from the Bill & Melinda Gates Foundation, the Omidyar Network, as well as various governments. The report notes:

“We have noted that the World Bank and its ID4D Initiative do not stand alone in pursuing the digital ID agenda. They exist within a global network of organizations and individuals. This includes donor governments like the United Kingdom, the United States and France; global foundations such as the Bill & Melinda Gates Foundation (BMGF) and Omidyar Network; tech-savvy governments such as in India and Estonia; the UN system, including the members of the UN-Legal Identity Agenda Task Force; regional development banks, including the Asian Development Bank and the Inter-American Development Bank; private biometrics corporations like Idemia, Thales, and Gemalto; card companies such as MasterCard; new networks such as the Global System for Mobile Communications Association (GSMA) and ID4Africa; and numerous other global organizations”

Many of the governments and companies listed above are also partners with the World Economic Forum, the proponents of “The Great Reset.” The Gates Foundation is likely more well known to regular readers, but the Omidyar Network should also raise red flags. The Omidyar Network was set up by eBay founder Pierre Omidyar and Pam Omidyar. To learn more about the history of Omidyar and his co-opting of the Snowden leaks via his ownership of The Intercept, read these investigations.

Interestingly, the NYU report states that proponents of this digital identity future have “cloaked this new paradigm in the language of human rights and inclusion, arguing that such systems will help to achieve multiple Sustainable Development Goals.”

As I reported in my previous investigation, Exposing the “Digital ID is a Human Right” Scam, the push towards a digital identity has its roots in the United Nations Sustainable Development Goals and the 2030 Agenda. The Sustainable Development Goals (SDGs) are a collection of 17 interlinked objectives adopted by the United Nations in 2015 with the ostensible goal of ending poverty, protecting the planet, and spreading peace and prosperity to all people by 2030.

The SDGs were part of a larger resolution known as the 2030 Agenda, or Agenda 2030, with the stated purpose of fighting climate change. While the United Nations SDGs and Agenda 2030 are often touted as a tool for establishing healthy multilateral relationships between nations, in truth, they are based in a deeper agenda to monitor, control, and direct all life on the planet.

The UN and the World Economic Forum have regularly promoted the idea of a digital identity as a necessity for life in the 2020s.

It’s clear that this effort to strong-arm the world into accepting digital identity programs is part of a larger push towards biometrics, a track-and-trace society, and, eventually, tools like Central Bank Digital Currencies.

LeoHohmann.com is 100 percent reader supported and is committed to bringing you the news and analysis you won’t ever see in the corporate media. Please consider a donation of any size to help keep us online and grow. Contributions may be sent c/o Leo Hohmann, PO Box 291, Newnan, GA, 30264, or via credit card below.