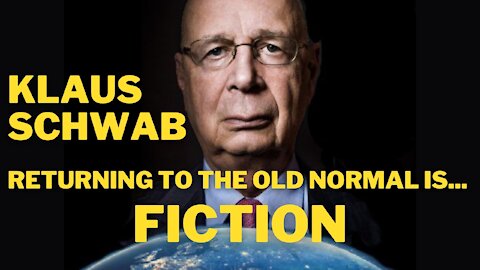 “And just like that, Canada flipped into a full-blown tyrannical regime. It wasn’t just Trudeau who flipped. Parliament’s House of Commons voted 185-151 Monday night to support his actions, basically institutionalizing the destruction of all protests and free speech. The U.S. will soon be receiving refugees seeking asylum from Trudeau and his gang of henchmen.” – Patrick Wood, editor of Technocracy.News.

The lower house of the Canadian Parliament voted last night, Feb. 21, to rubber stamp what amounts to the most egregious move into totalitarianism witnessed by any Western nation since World War II, and they did it quickly, with less than three hours of debate, as if it was a routine spending bill. They did not even put a time limit on their approval of Trudeau’s invoking of the Emergencies Act. They gave him a blank check for the continued terrorizing of Canadian citizens for as long as he desires.

It’s no coincidence that Joe Biden just renewed the national emergency status in the United States. He did it by executive fiat. No need for a ceremonial vote of Congress here.

What’s happened over the last few days in Canada is coming soon to the U.S. It’s all in the cards. And who holds all the cards right now? They appear to be in the hands of the same global cabal that finances and therefore controls the world’s largest armies, the same global cabal that can dispatch hordes of those faceless, unidentifiable, black-clad police thugs you see beating people mercilessly in the streets of Ottawa and Paris. Yeah, those guys. They will be in Washington, D.C., before you can bat an eye. They’re waiting for the U.S. truckers. Bank on it.

This cabal is hidden from public view. It has no face. About the closest thing we have to a face right now is Klaus Schwab and his World Economic Forum, which is supported with money from billionaires like Gates, Soros, Bloomberg, Blackrock CEO Larry Fink and other oppressors of the people. While Schwab is not the man at the top of the globalist food chain, his WEF is a key organizational facilitator and it has the backing of the world’s wealthiest families, the British Crown, the Biden puppet regime controlled by the U.S. deep state, and every regime in the formerly free Western world. All of them have been installed for the current task at hand, which is to trigger the Great Reset.

This reset involves the digitization of money and a new global control grid that is backed by digital health passports tied to a new global ID system. This is the beast system being implemented right before our eyes. It’s evil to the core and biblical in scope. No person will be left behind by this system but some of us will reject it and try to survive outside of it. We will be able to do that if we work together, trust God and don’t walk into the traps laid by the global predators, who want us to become violent and out of control. As Jesus said, those who live by the sword will die by the sword. I’m not saying we don’t have the right to defend our families from a direct physical assault but short of that we must stay peaceful and just refuse to enter their system, refuse their mark of identification, refuse their digital papers and just don’t enter any place of business that requires it.

For those of you who live in cities like New York and San Francisco, where the passports have been implemented, don’t even get take-out food from any restaurant that denies your entry to sit down and be served without papers.

We are living in a very dangerous point in human history, but nothing can happen that God does not allow to happen. This cabal of global predators has launched the final stage of their takeover while everyone’s eyes are focused on Russia and the Ukraine.

Check out the article below from Breitbart News.

By Chris Tomlinson of Breitbart

The Canadian Parliament voted Monday night to approve Prime Minister Justin Trudeau’s motion to invoke the Emergencies Act by a vote of 185 for and 151 against.

Trudeau invoked the Act, an unprecedented move, last week claiming it necessary to dispel peaceful protests linked to the Freedom Convoy movement, which is demanding an end to civil rights violations by the Trudeau government allegedly necessary to fight the Chinese coronavirus. At press time on Monday, no active Freedom Convoy protests exist anywhere in Canada.

The motion to uphold the invocation of emergency powers by Prime Minister Justin Trudeau passed in a vote in the Canadian House of Commons on Monday, with the Liberal Party, the New Democratic Party and other allies garnering 181 votes for the motion.

The motion was opposed by the Conservative Party of Canada (CPC) and the separatist Bloc Quebecois (BQ) and their allies, who voted against it with 151 votes.

The passing of the measure in the House of Commons is the first step toward confirming the use of the Act, which grants the government significant powers.

Instead, the Act was largely used to clear protests in Canada’s capital Ottawa over the weekend and was used to freeze the bank accounts of those linked to the protest. It was also used to force tow truck companies to remove trucks in Ottawa occupying the area around the parliament buildings after the government had trouble hiring tow truckers previously, as many allegedly refused.

Earlier in the day on Monday, Trudeau defended his continued use of the Emergencies Act, despite the fact all of the protests had been cleared or had ended prior to its invocation.

“This state of emergency is not over. There continue to be real concerns about the coming days,” Trudeau said and added, “People [are] out there indicating that they are ready to blockade, to continue their illegal occupations to disrupt Canadians’ lives. We feel that this measure needs to remain in place.”

Help LeoHohmann.com stay online and grow, offering news and analysis from a perspective you won’t find in the mainstream corporate-owned media. We are not beholden to any corporate ads or sponsors. You may donate c/o Leo Hohmann, PO Box 291, Newnan, GA 30264, or by credit card below.