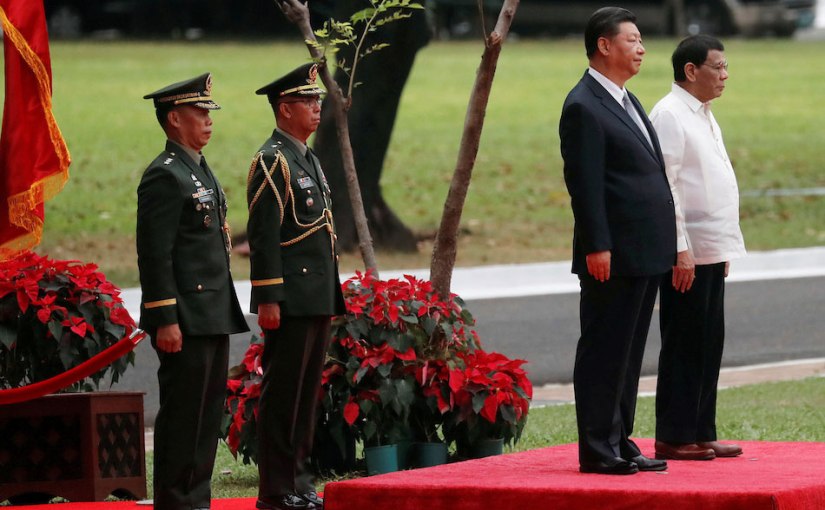 The Chinese Communist Party has over the years infiltrated both of the major U.S. political parties, to the point where we must at least consider the possibility that we are already living under a form of occupation.

Call it communism light, if you will.

Such a prospect raises a host of questions about how one is to live under communist occupation as formerly free Christian people.

I emphasize “Christian” because no legitimate Christian can bow the knee to a false god, and that’s exactly what communists and technocrats are setting themselves up as – gods who demand our ultimate allegiance and servitude.

I cringe every time I hear an American politician bemoan “we are slipping into socialism.”

The matrix we are being deceptively herded into is much darker and more sinister than socialism.

END_OF_DOCUMENT_TOKEN_TO_BE_REPLACED

Is America sitting on a powder keg of discontent created by years of cultural Marxist infiltration and agitation?

One counter-terrorism expert and U.S. Air Force veteran thinks the answer is yes, and here’s why…

Dave Gaubatz has infiltrated mosques and Antifa-affiliated cells in recent months that he says left him with no other option but to warn the American people:

Get ready, because the level of violence you saw in American cities this summer will pale in comparison to what the left has in store for the weeks and months ahead.

Gaubatz is a former federal agent and Air Force veteran who now works as a private counter-terrorism professional. He co-authored the 2009 blockbuster Muslim Mafia with journalist Paul Sperry.

“On election night I guarantee ANTIFA and other left wing terrorists will start very violent riots in most American cities (big and small). Biden and Harris support this type violence. President Trump will win by a large majority, but it will not be recognized by Biden. Once Trump wins he should immediately imprison Biden, Harris, Pelosi, the Clintons, and Mr. and Mr. [sic] Obama for treason and sedition. Then he should immediately imprison ANTIFA, BLM, and their supporters.”

He concluded by saying “I give you a 100 percent guarantee” that on the night of Nov. 3, Americans “will see more violence than they have ever witnessed in their lifetime. Be prepared to protect your property and family.”

I wanted to find out more about why Gaubatz would make such a dreadful prediction, so I called him up in hopes of fleshing out his reasoning.

He did not disappoint.

END_OF_DOCUMENT_TOKEN_TO_BE_REPLACED

After his stumbling performance in Thursday night’s debate, and the way in which his campaign seems to be hiding him from public view, it’s hard to imagine how Joe Biden wins the presidency on Nov. 3.

If Biden was seriously trying to win, he would be out on the campaign trail like President Trump, not in his basement.

The way Biden is acting, it’s almost as if he’s been told not to worry, the outcome is not going to be decided by vote tallies.

With that in mind, let’s think outside the box and examine some possibilities that may sound insane, until we detach ourselves from our normalcy bias.

From this vantage point, all roads lead to the same dark place — a second coronavirus lockdown, indeed a harder lockdown than the first one.

And it could be accompanied this time by a coup d’ etat to remove Trump from office. Look for the establishment [deep state supported by deep media] to conjure up some false pretense to justify his removal despite the fact that he will win re-election on Nov. 3, fair and square.

All the signals are pointing to this. And the latest came from Biden himself.

During the debate, Biden held up his black mask, looked straight into the camera and said “We’re about to go into a dark winter.”

Lest anyone dismiss Biden’s comment as the nonsensical ramblings of a washed-up politician, he repeated it.

We are in for “a dark winter,” he reinterated.

President Trump said we must learn to live with the virus. Biden countered that we will “learn to die with it.”

A slip of the tongue? Or a foreboding prediction?

END_OF_DOCUMENT_TOKEN_TO_BE_REPLACED 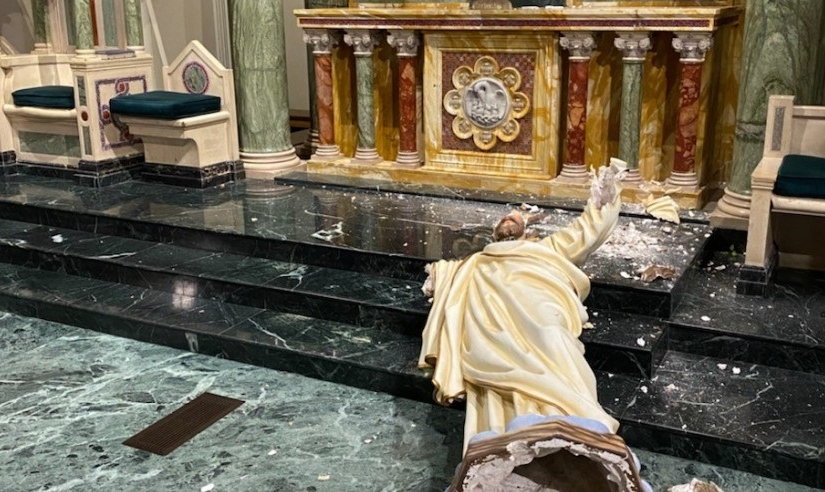 The first presidential debate between Joe Biden and Donald Trump reflected the state of America in 2020.

Past debates, while heated, contained at least a moment of congeniality and even humor. Who could forget when Ronald Reagan, fending off charges that he was too old to be president, grinned and stated that he would not hold his opponent Walter Mondale’s “youth and inexperience” against him. Mondale could be seen chuckling at Reagan’s deft handling of the pin-prick attack.

END_OF_DOCUMENT_TOKEN_TO_BE_REPLACED

President Trump’s executive order banning critical race theory from federal agencies is a great first step in stopping the Marxist infiltration of government but if he wants to make a real and lasting difference, Trump will turn his focus to the nation’s public schools.

Here, he will find a cesspool of leftist propaganda being drummed into the heads of students and their teachers.

END_OF_DOCUMENT_TOKEN_TO_BE_REPLACED

The majority of Americans still have no idea that they are living in the midst of a low-boil civil war.

They sit back on comfy couches, watching on TV or computer screens little snippets of the “new normal.” They see chaos enveloping large cities – Minneapolis, Seattle, Portland, Baltimore, Chicago, New York and D.C. – but don’t believe it will come to their small city or suburb.

END_OF_DOCUMENT_TOKEN_TO_BE_REPLACED

We’re witnessing the convulsions of a nation breaking apart at the seams.

Each new convulsion will be deeper, more traumatic and more violent than the previous.

According to the nonprofit group Georgia Law Enforcement, which posted a description of the event on Facebook, an armed group of several hundred “protesters” carrying AR-15 semi-automatic rifles and shotguns, marched through the streets of Stone Mountain yelling threats at white people.