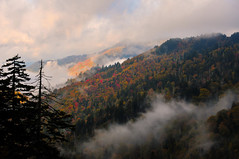 Should the technocrats who pushed governments to lockdown their citizens be tried for crimes against humanity?

One prominent German lawyer, who is also licensed to practice law in America, thinks they should. And he is organizing a team of thousands of participating lawyers who want to prosecute a “second Nuremberg tribunal” against a cadre of international elites responsible for what he calls the “corona fraud scandal.”

Targeting the Davos, Switzerland-based World Economic Forum and its devotees among global political leaders, attorney Reiner Fuellmich says they are guilty of crimes against humanity for their perpetration of COVID-response policies that led to forced shutdowns, destroyed businesses, impoverished families, broken lives and a spike in suicide rates.

He has formed the German Corona Investigative Committee to pursue civil charges against the main perpetrators, among them being the head of the United Nations World Health Organization Dr. Tedros Adhanom. He hopes a successful class-action lawsuit will also lead to criminal charges.

Fuellmich was on the legal team that won a major lawsuit against German automaker Volkswagen in a 2015 case involving tampered catalytic converters in the U.S. He also was involved in a lawsuit that exposed one of Germany’s largest banks, Deutsche Bank, as a criminal enterprise. The bank was recently ordered by the U.S. Justice Department to pay $130 million to resolve corrupt practices that included money laundering, bribery and fraud between the years 2009 and 2016.

Fuellmich is licensed to practice law in Germany and the state of California.

He believes the frauds committed by Volkswagen and Deutsche Bank pale in comparison to the damage wrought by those who sold the Covid-19 crisis as the worst viral outbreak to hit the world in more than a century and used it to cause media-driven panic, government overreach and human suffering on a scale still not fully quantified.

The truth is revealed in the numbers, Fuellmich said, citing figures that show COVID-19 has not caused any statistically significant increase in the 2020 death counts over previous years.

The scam perpetrated on humanity hinged on one dirty little secret, he said – the PCR Test.

Not only are these tests not approved for diagnostic purposes but the inventor of the PCR Test, the late Kary Mullis, explicitly stated in an interview that this was never the purpose of his test.

Fuellmich explains in the video below how the coronavirus response of governments worldwide working in cahoots with the Bill Gates-funded U.N. World Health Organization “are probably the biggest crimes against humanity ever committed.”

[If YouTube removes the above video you can watch the full version here.]

“A number of highly respected scientists [he names several in the video including a Nobel Laurette from Stanford University] have concluded there has never been a coronavirus pandemic but only a PCR test pandemic,” he says.

“If someone tests positive it does not mean they are infected with anything, let alone with the contagious SARS-COV-2 virus,” Fuellmich says in the video.

He said persons harmed by the PCR-induced lockdowns are entitled to full compensation for their losses.

“The crimes committed by Mr. Christian Drosten [an epidemiologist and Germany’s version of Dr. Anthony Fauci] and Mr. Lothar Wieler, a veterinarian and head of the German equivalent of the CDC, and Tedros Adhanom, head of the WHO, must be legally qualified as actual crimes against humanity as defined in Section 7 of the International Criminal Code.”

He said the class-action lawsuit is the best avenue to try the case.

In a Feb. 24 article about Fuellmich’s effort, the journal Principia Scientific International quoted him saying “this COVID-19 crisis should be renamed the ‘Covid-19 Scandal,’ and all those responsible should be prosecuted for civil damages due to manipulations and falsified test protocols. Therefore, an international network of business lawyers will plead the biggest tort case of all time, the COVID-19 fraud scandal, which has meanwhile turned into the biggest crime against humanity ever committed.”

Here is a summarized translation of the most-recent update Fuellmich put out on his German website on Feb. 15:

“The hearings of around 100 internationally renowned scientists, doctors, economists and lawyers, which have been conducted by the Berlin Commission of Inquiry into the COVID-19 affair since 10.07.2020, have in the meantime shown with a probability close to certainty that the COVID-19 scandal was at no time a health issue.  Rather, it was about solidifying the illegitimate power (illegitimate because it was obtained by criminal methods) of the corrupt ‘Davos clique’ by transferring the wealth of the people to the members of the Davos clique, destroying, among other things, small and medium-sized enterprises in particular. Platforms such as Amazon, Google, Uber, etc. could thus appropriate their market share and wealth.”

Was the vaccine the reason for the virus?

Perhaps the most egregious outgrowth of the coronavirus scam has been the fear-mongering that not only led to devastating and non-scientific shutdowns but also the rush to market of an unproven, experimental vaccine, which is now making billions of dollars for Big Pharma.

Just like the lockdowns, the vaccine is unnecessary because there are already several well-documented treatments involving long-established drugs that are proven safe and widely available. Also just like the lockdowns, this vaccine carries potentially devastating long-term effects on human health. There are questions about its effects on the fertility of men and women, and it has already caused more than 1,100 deaths in the U.S. and more than 400 deaths in the U.K.

To make matters worse, it is becoming plainly obvious that the intent is to make this experimental vaccine mandatory for all of humanity. It was billionaire vaccine investor Bill Gates who originally floated the idea, in April 2020, that humanity could never return to “normal” until “we have a vaccine that we’ve gotten out to basically the entire world.”

This reporter predicted last April that the vaccine would eventually be made mandatory, largely by corporations using coercive tactics.

Among the nations considered to be part of the “free world,” Israel is taking the lead in pushing forward with a new type of society in which corporations and governments work together to coerce and eventually force every human being on the planet to get an injection of experimental vaccine treatments.

Not since the Nazi Third Reich has there been so little respect for citizens’ rights of individual health autonomy in a Western nation.

Whether you live in America, the U.K., Australia or Europe, if you wish to see what your future holds under the “new normal,” just look at Israel.

The Israeli government has announced that people will not be allowed to participate in a host of life functions without showing papers offering proof that they have either been vaccinated or that they have had and recovered from COVID.

A host of Israeli businesses including shops, malls, markets, pubs, gyms, museums, synagogues, hotels and libraries were allowed to reopen Sunday, Feb. 21, the Times of Israel reports. But only those Israelis who have been vaccinated or have recovered from COVID will be able to use gyms and pools, attend synagogues, sporting and culture events, board a flight or stay at hotels.

To be allowed to open their doors, all relevant businesses have been ordered by the government to scan their customers for the so-called “Green Pass,” barring from entry anyone who cannot produce such documentation.

Watch video below of Israel supermarket guard requiring shoppers to show their COVID papers before they can enter the store.

There are three ways for Israelis to get the Green Pass:

The European Union also appears to be on the cusp of embracing similar draconian measures. German Chancellor Angela Merkel stated this week that the concept of a digital vaccine passport has achieved “unanimous support within the E.U.“

“Everyone agreed that we need a digital vaccination certificate,” Merkel said last Wednesday after a meeting with European leaders.

The Telegraph reports that the government of the U.K. is nearing an announcement of new rules similar to Israel’s in which no Brit will be allowed to enter pubs, gyms, large-venue events or hotels without showing their special COVID vaccine passport.

Since when do we take away freedom in order to restore it under a new set of terms defined by unelected “experts” at the United Nations World Health Organization? This is the twisted way in which the globalist technocrats think. Always perverting the language to sell their lies and enticing ill-informed masses to walk straight into their devious traps.

Forcing people to accept a medical treatment and to “show your papers” proving they have received the treatment in order to participate in society is a violation of the well-established international norms.

The Nuremberg Code came out of the Nuremberg tribunals that convicted leading German Nazis. The Code states that any experimental medical treatment must not only be voluntary but must include “informed consent,” meaning the person not only volunteered but was informed of exactly what the treatment entailed and the risks involved.

Global power elites have already used COVID as cover to clamp down on free speech, assembly, religious gatherings and small business operations, creating a world of the haves and have-nots. Big-box stores like Walmart and online retailer Amazon have thrived, raking in record profits, while small businesses are dying.

So the class-action lawsuit appears justified, at least in theory. A small cabal of globalist corporations and “experts” at the WHO created the problem, made it impossible for people to live their lives as normal human beings, leading to mass anxiety and huge spikes in suicide.

Now that everyone is miserable and desperate to get back to normal, the technocrats introduce an experimental gene therapy, the mRNA vaccine, and are holding that out as the salvation, making it oh so tempting for many to line up and roll up their sleeve.

Tempting, that is, if you haven’t done your research to find out who is promoting the vaccine, what are their long-held motives and goals, and what their previous track record has been.

Such research would lead you straight to the Bill and Melinda Gates Foundation, which has invested billions into an ever-growing lineup of vaccines through the GAVI global vaccine alliance and other organizations. Gates has bragged about the tremendous 20-to-1 “return on investment” he has reaped by investing in vaccine therapies. His net worth has increased by $17 billion since making the shift in focus from computers to vaccines.

A number of U.S. companies are now bribing their employees, offering cash bonuses of $100 to $150 if they get the shot. Meijer, Kroger, Publix, Dollar General, Aldi, JBS Meat Processing and Trader Joe’s, among others, have all jumped on the bandwagon. They are being highly praised by “health experts” for doing this, so look for more companies to follow suit.

Those who refuse the vaccine, which is their right under the Nuremberg Codes, will become the new untouchables in a caste system that divides people along medical lines. Those getting the shot will be allowed to re-enter something closer to normalcy while those rejecting it will be left behind.

The dots are all there – with the virus, the fear-mongering, the lockdowns and mask mandates, and the coming vaccine mandates. All you have to do is connect them.

Leo Hohmann is an independent journalist whose work is 100 percent reader supported. Contributions of any size are appreciated. Send c/o Leo Hohmann, PO Box 291, Newnan, GA 30264 or by credit card using the donate button below.