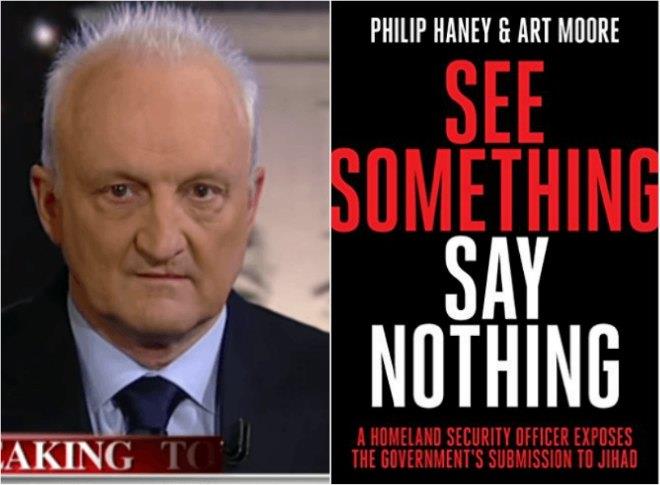 “Philip,” Schmitz said, “the things you know, the things you have between your ears, people will kill you for.” [This conversation is recounted on page 164 of Haney’s book, See Something, Say Nothing: A Homeland Security Officer Exposes the Government’s Submission to Jihad]

Those words may have been prophetic.

END_OF_DOCUMENT_TOKEN_TO_BE_REPLACED

FBI’s insertion into the case is latest cause for concern

The Amador County Sheriff on Monday walked back his previous statements on the suspicious death of Philip Haney, a prominent whistleblower who exposed how the Obama administration blew off research data that would have helped the government prevent Islamic terror attacks on U.S. soil.

In a hasty statement issued within a few hours of the discovery of Haney’s body last Friday on the side of a state highway in rural California, the sheriff, who also doubles as the county coroner, said Haney “appeared to suffer from a single, self-inflicted gunshot wound.”

That comment planted in the minds of the mainstream media the idea that Haney killed himself. Most did not even report on the death and those that did, like Fox News, played it as a run-of-the-mill suicide.

But after a long weekend in which calls and emails flooded into the office of Sheriff Martin Ryan, and he likely read some of the many accounts of Phil’s exemplary life from conservative bloggers and journalists who knew him, the sheriff changed his tune.

Ryan must have realized this was not any ordinary man whose body turned up on the side of the road in his county, less than three miles from where he was staying in the Pinetree RV Park outside of tiny Plymouth, California.

END_OF_DOCUMENT_TOKEN_TO_BE_REPLACED

I have been getting quite a few calls, texts and emails from people asking me about the tragic death of my friend Philip Haney, whose body was found Friday morning near his vehicle not far from the RV park where he was staying in Plymouth, California. He reportedly had a single gunshot wound to the chest.

Everyone is asking the same question. Could the reports of suicide be accurate?