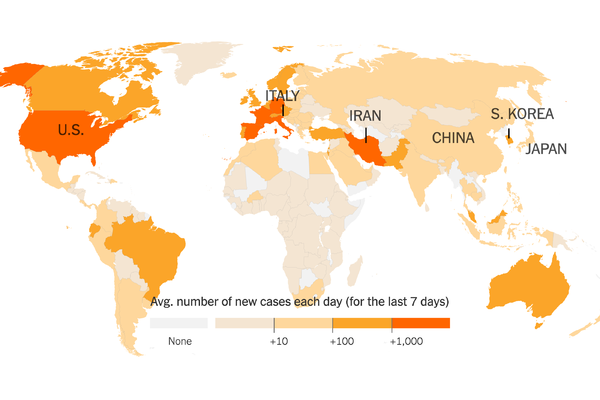 Hello from my government-mandated quarantine. I am in good health, not currently running a fever, although I have struggled to keep my cool as I reach for a shoe or some other blunt object to throw at the television.

I read in the local newspaper that my local county commission basically placed me under house arrest as of 8 a.m. this morning. They say I am allowed to go out and forage for food or seek medical attention. All other actions that yesterday would have been considered normal human activity will be questioned.

I reside in a Georgia county of 150,000 people that has 12 confirmed cases of Covid19, also known as coronavirus. Nevertheless, the county commission and the cities within the county are rushing to pass ordinances ordering all 150,000 of us to “voluntarily shelter in place” and mandatory closings of all “non-essential” businesses.

Nobody’s quite sure what all this means. Government orders aren’t usually voluntary so we’ll have to see how that shakes out.

What is considered essential or non-essential and who gets to make that decision?

While the new ordinances require the forced closure of some specific businesses like dine-in restaurants, gyms and nail salons, they’re extremely vague on what other businesses must close. That leaves everyone from mom and pops to large businesses scratching their heads. I guess they’ll have to call government authorities to determine their fate.

The local dying newspaper is relishing its new-found relevancy, offering to make the calls for people and businesses in need of clarity from the appropriate government overlords.

I regret to inform you, friends, that we are now members of a brave new society.

The old order of just a few weeks ago is gone. A new order is being ushered in. This is what technocracy looks like and I’m afraid there’s no turning back.

How does it feel?

Before you answer that question, let’s take stock of the New America, even as we bid a fond farewell to the old America, which is whizzing by so fast that our rear-view mirror is hardpressed to let us catch a glimpse.

On the whim of a governor or mayor feeling him/herself no longer bound by the U.S. Constitution, your freedoms can and will be sold out like fried pies at a county fair.

All because of a virus. I don’t want to diminish the threat. It is a real virus, and it can kill you, but enough with the B.S. statistics. This virus has a kill rate of  1 percent.

Our citizenship in what was thought to be the freest country in the world has been rendered moot by state and local authorities declaring emergencies based on a virus that has to date killed less than 1,500 people in a nation of 330 million.

That ought to scare you more than any virus.

Unscrupulous governors such as Gretchen Whitmer keep repeating already discredited models that predicted 50 to 70 percent of the nation’s population being infected by coronavirus.

“Without the stay-at-home order, current models project 70% of the state’s population of nearly 10 million could become infected, with 1 million people hospitalized, Whitmer said. The state has roughly 25,000 acute care beds.”

Those numbers are frightening. But they’re also completely jacked. They originated from a website operated by the U.K.-based Covid Act Now, which published doomsday projections from the Imperial College of London. This model has been drastically revised downward, but Whitmer and others are still quoting the discredited old numbers, shamefully fanning the flames of an already panicked population.

The actual numbers are still very low. Are you willing to hand over your Constitutional freedoms on the 0.000001 percent chance that you will die from coronavirus? If your answer is yes, please stop reading now as there’s no hope for you. Hardier generations, perhaps your own grandparents, would classify you as a snowflake whose mind has been so fully indoctrinated by leftist nonsense that you unquestioningly accept the idea that it is right and proper to accept any government order as long as it comes with a half-baked promise of safety and security.

Truth is, we have many dangerous diseases dancing around our world that are fully capable of killing us, often in much greater numbers, and our government yawns. Since when did the governors, mayors and city councils become so overly concerned about protecting us from harmful bugs and germs? They certainly didn’t display such zeal for our safety during the H1N1 Swine Flu, SARS, MERS, Ebola, or any of the other recent pandemics.

Interestingly, the scary numbers that were originally thrown out have not materialized and are now being quietly revised downward. TV talking heads warned that “millions of Americans” would catch the coronavirus, with up to 50 percent of the population being infected and tens of thousands dead.

None of this has panned out. The numbers are not growing exponentially, as predicted, but incrementally and mostly in “hotspots” that directly correlate with densely populated cities – Detroit, New York, San Francisco, Seattle, Chicago, New Orleans, Los Angeles. Of the 50 states, 19 of them report fewer than 200 cases.

But the insanity continues to escalate.

All the more reason to move out of the big cities and, I would suggest, out of the nearby suburbs. These are nothing but massive prisons waiting for the doors to be slammed shut around them.

Now, back to the carnage that can be directly attributed to the media-orchestrated mass virus hysteria.

Yes, the coronavirus is real and it does carry the potential to kill. I am not denying that for a moment and I urge all of my fellow Americans to take basic precautions like handwashing and keeping a safe distance from people who are sick, whether they have the flu, Covid19 or the common cold. Get outside in the sunshine. Take supplements of Vitamins C, D and A, as prescribed here by a renown systems biologist.

But also know this. We have been played by scurrilous technocrats, the putrid politicians who listen to them and the fake-news “journalists” who uncritically reported their scare-tactic projections.

And if you think all of this will just blow over and we will go back to the good ole days, think again. Some semblance of normalcy will no doubt return, but only after irreparable damage has been done to our free-enterprise system and the Constitution designed to keep power-grabbers in check. We now know that we’re only one, small crisis away from returning to soft martial law. Or worse. Next time, it may not be so soft.

Whitmer and the other totalitarian governors will not be debating whether to arrest us for coming out of our houses or for possessing certain weapons or certain supplies deemed “critical” by the state. They will simply send in the cops.

The Greatest Generation put their lives on the line to keep us free. They died on the beaches of Normandy and on the hillsides of Iwo Jima. They would roll over in their graves if they could see us now. We could not bear the thought of a virus and gave our freedoms away for a promise of safety and a $1,200 check.

Leo Hohmann is an independent freelance journalist, author of the 2017 book “Stealth Invasion: Muslim Conquest through Immigration and Resettlement Jihad.” He is working on a follow-up that will investigate the Interfaith movement, which is ushering false teaching and antichrist ideas into Western churches. To support his research and writing projects, please consider a donation of any size.

6 thoughts on “Coronavirus carnage: Taking stock of the longterm cost to individual freedom”