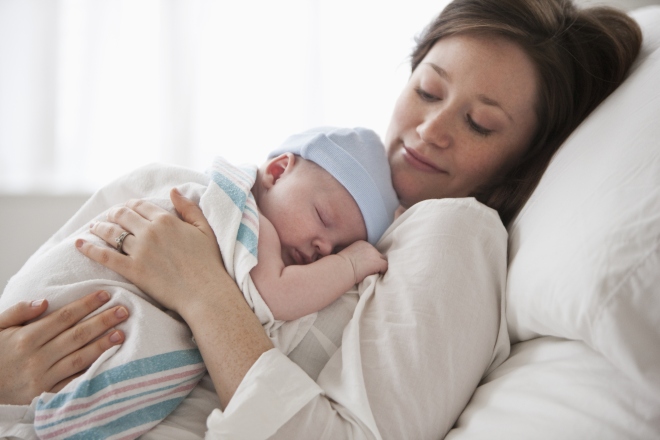 America has entered a demographic winter that should make every patriotic citizen shiver with concerns for their children’s future.

That is, if they have any children.

It’s a problem you won’t hear much about in the media but it’s been brewing for years. For many feminists, to even talk about it is tantamount to the unforgivable sin.

But all denials aside, this problem is as plain as the nose on little Johnnie’s face: The birth rate in these United States of America is imploding.

After several lackluster years, the rate fell by a record amount in 2017, according to a new report put out by the Centers for Disease Control in Atlanta.

U.S. birth rates declined last year for women across the board – in their teens, 20s and even in their 30s – leading to the fewest babies being born in 30 years, according to the CDC report released Thursday, May 17.

Thursday’s report shows that the birthrate decline that started in 2014 was likely not a blip but the beginnings of a trend. America the global superpower has entered the clutches of a demographic death spiral from which it appears unable to pry itself loose.

The CDC report, based on a review of more than 99 percent of the birth certificates filed nationwide, counted 3.853 million births last year. That’s the lowest since 1987.

The U.S. was, until a few years ago, among a handful of developed countries that could muster the pivotal 2.1 threshold. That day is apparently gone, with millennials having a stronger aversion to large families — or even medium-sized families for that matter — than even the previous generations of baby boomers and gen-Xrs [who were not exactly prolific themselves].

A decade ago, the estimated rate was 2.1 children per U.S. woman. In 2017, it fell below 1.8, hitting its lowest level since 1978. “That’s a pretty remarkable decline,” John Santelli, a Columbia University professor of population and family health and pediatrics, told the Associated Press.

In my 2017 book, Stealth Invasion: Muslim Conquest through Immigration and Resettlement jihad, I pointed out the critical importance of birthrates to a nation’s survival. Secular globalists teaching in our schools and universities have brainwashed students since the 1960s that smaller is better when it comes to family size. But in the Islamic world, there is no such taboo against having kids.

A 39-year-old Christian woman who has worked in Germany’s migrant camps for years told The Express that Christians in those camps are harassed and intimidated. They thought she was a Muslim, so they confided in her.

“Some women told me, ‘We will multiply our numbers. We must have more children than the Christians because it’s the only way we can destroy them here.’”

U.S. Muslims have repeatedly boasted of the same strategy. In 2015, a Muslim mother lashed out in anger at a school board meeting in Jersey City, New Jersey, when the board refused to grant students the day off for the Islamic holiday of Eid al-Adha, warning that “We’re going to be the majority soon!”

In the free nations of the West, a declining population is the norm, and any increases in population are due strictly to immigration from the Islamic world. A declining birthrate results in an aging population and leads almost without fail to a nation turning to mass migration to save its economic soul.

As a nation’s young women opt for abortion and contraception in place of motherhood, that nation inevitably falls into a pattern of a slow decline.

If the low-birthrate trend continues, it becomes increasingly difficult to pay the Social Security pensions and healthcare needs of the previous “boomer” generations.

To head off the coming economic implosion, politicians look for a quick fix: Importing foreign laborers to pay for the mounting pensioners and to do the jobs that were once done by the indigenous population starts to look increasingly appealing. And you can count on the Chamber of Commerce to stand over the shoulder of elected leaders, whispering words of encouragement for them to dive into the foreign labor pool head first.

The United Nations also advises low-birthrate countries in the West to “replace” their aging native populations with Third Worlders [See Replacement Migration: Is it a Solution to Declining and Aging Populations, UN Archives, 2000]

Just ask the Swedes, the Brits and the Germans how well that formula has worked out for them.

If we want to know what our future will look like, just look across the pond: The call to Islamic prayer rings out over loudspeakers, surging migrant knife attacks, no-go zones, out-of-control sexual assaults against women and girls, and, finally, the widespread election of Muslims to public office.

These European nations started their decline long ago, soon after World War II, leading keen observers like Ben Wattenberg and Mark Steyn to warn that the U.S. may become the fading last remnant of a Western civilization based on Christianity, free enterprise, freedom of speech and religion. [Steyn authored America Alone in 2006 while Wattenberg predicted back in 1987 a forthcoming population decline in The Birth Dearth: What Happens When People in Free Countries Don’t Have Enough Babies?]

I am not sure if a nation actually loses its will to survive, or if its inhabitants just become more self-absorbed as they become more educated and wealthy. Self-absorbed people tend to opt for pets over children. They don’t talk back, they sit and shake hands on command, and can be counted on to return affection with affection. Children are far more unpredictable and can be exhausting.

Modern society also lacks the close extended-family relationships that previous generations counted on to help raise larger families. Children today are more likely to not even know their grandparents, aunts, uncles, and cousins, seeing them only infrequently due to the scattering of families across state lines.

Whatever the causes, we’ve seen what happens to an aging, declining nation whose leaders decide to delve headlong into mass migration as their economic panacea. Such a nation gravitates increasingly toward global governance, loss of sovereignty, and a multicultural worldview that seeks to punish one’s own culture while promoting foreign cultures that have no history of appreciation for individual freedom. [News flash: This means saying adios to the First and Second Amendments to the U.S. Constitution].

The “politics of guilt and pity,” as the late author Rousas Rushdoony called it, spells doom for any great power that becomes addicted to the toxic trifecta of foreign labor, a tax-funded welfare state and self doubt bordering on self hatred.

Germany, Italy, France, Greece, Sweden, Spain and the UK are all suffering the after-effects of drinking from this toxic cup. The governments of these countries, faced with aging populations, all turned to mass migration to fill in the gaps in their labor forces and temporarily prop up their economies. It’s obvious now that this was fool’s gold.

Yet, we see American politicians falling into the same trap — and it’s not only Democrats.  Jeb Bush argued for an increase in legal immigration, already at historically high levels, in his 2015 book Immigration Wars: Forging an American Solution, citing declining birthrates as his main justification.

You can argue whether mass-migration is the best solution to the birth dearth, but you cannot argue with the fact that our current economy is based on the concept of perpetual growth, and perpetual growth requires a steady stream of young workers entering the work force.

The options are limited: Either we find a new economic model based on moribund growth, like Japan seems intent on doing, we continue to increase the number of new immigrants, or we somehow convince our young women of the blessings of motherhood. The only way to do the latter is for men to release their spouses from some of the income-producing responsibilities. Many families in today’s globalized economy have been squeezed to the point where they simply cannot survive without both spouses working full time. Yet, we all know of other families for whom the second income is a luxury, not a necessity.

According to the Associated Press, experts cited several factors contributing to a perfect storm of declining U.S. birthrates. Chief among them is “shifting attitudes about motherhood among women in their 20s and early 30s.”

That surprised the report’s authors, because baby booms often parallel economic booms, and last year was a period of low unemployment and a growing economy.

Leo Hohmann is a veteran journalist and author of the 2017 book “Stealth Invasion: Muslim Conquest through Immigration and Resettlement Jihad.” If you appreciate this type of original, fact-based and independent reporting, please consider a donation of any size to this website. We accept no advertising and are beholden to no one.

9 thoughts on “Birth dearth: Millennials’ rejection of parenthood could be lethal blow to Western civilization”