The Islamization of America’s public schools continues to take place with breathless speed, but in the few districts where awakened parents push back, Islam is forced to recoil into a constitutional place that is at least equal with other religions.

Where parents are asleep, Islam will simply take over and eventually turn that school into a virtual madrassa, says one constitutional scholar. In rare cases where parents are alerted to the Islamic teachings going on in their chidlren’s schools and take action, the school system typically backs off rather than invite expensive litigation.

A recent case in the state of Washington hightlights this reality.

Unpacking, exposing and dismantling the pro-Islamic Ramadan practices within the Northside School District started with a savvy and courageous teacher.

The teacher, who remains anonymous out of fear for her job, became troubled by the policies she and other teachers were being forced to implement at the school. Two weeks ago, in mid-May, the teacher informed a small group of parents, who hired the Freedom of Conscience Defense Fund, a public-interest law firm offering pro bono work on behalf of Americans under threat of losing their First Amendment rights.

Northside School District, which serves Lake Tapps in Pierce County, received a “cease and desist” letter from the defense fund, demanding that it stop granting most-favored status to Muslim students, effectively endorsing Islam over all other religions.

According to lawyers for the defense fund, the school district was found to be following a script handed to it by the Council on American-Islamic Relations [CAIR] on how to treat Muslim students during the Islamic holy month of Ramadan.

CAIR is itself a highly suspect organization that was spun off from the Islamic Association of Palestine in 1994. In 2007 CAIR was named an unindicted co-conspirator in the largest terror-funding trial ever conducted on U.S. soil [U.S. vs. Holy Land Foundation for Relief and Development]. Several of the foundation’s members were sentenced to prison for raising funds from U.S. Muslims that were then funneled to Hamas, a U.S. designated foreign terrorist organization committed to the elimination of Israel as a nation.

But here’s the good news: The Northside School District has withdrawn its CAIR-backed Ramadan policy in response to the “cease and desist” letter.

Northshore School District’s Equity and Diversity Department issued guidelines to teachers and staff to make sure Muslim students “have the right accommodations and support from teachers and their peers.”

Here’s the issue: Can a school district force teachers, and other students, to support Muslim students in public school? Are students who claim Christianity or Judaism offered the same support for their religious faith, values and sensitivities?

Northside parents, after getting a look at the list of guidelines issued by their schools superintendent, didn’t think so.

Also, while termed “guidelines” these were more like rules. They were not presented as voluntary.  They came in the form of a memo issued by the district superintendent, who instructed teachers and staff to coddle Muslim students during Ramadan in the following ways: 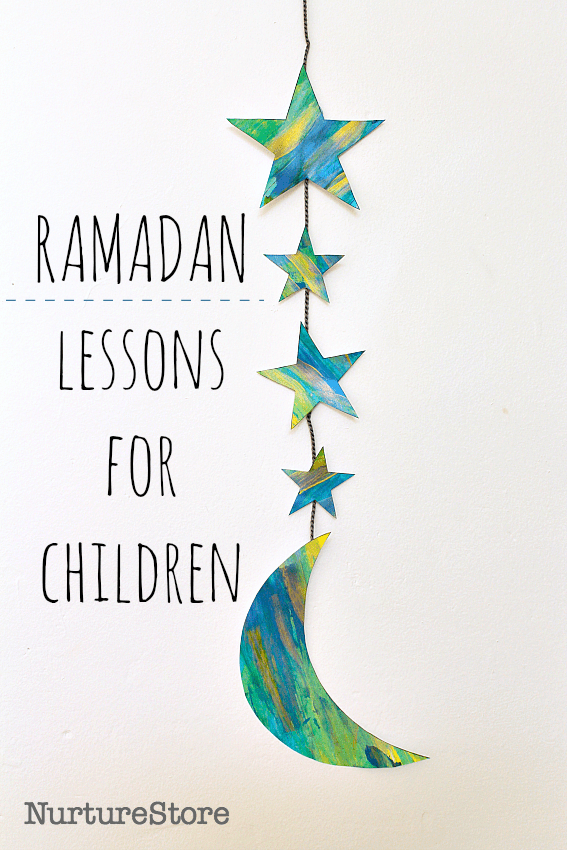 Perhaps the most shocking “guideline” was that teachers were encouraged by their boss, Superintendent Michelle Reid, to incorporate a Ramadan lesson plan into their classrooms, targeting all students.

That lesson plan, produced by the U.K.-based The Nurture Store, includes teaching the Five Pillars of Islam. First among these pillars is the Shahada, which is recited daily by devout Muslims and serves as the prayer of conversion required of non-Muslims: “There is no god but Allah and Muhammad is his messenger.”

Below is a quote from The Nurture Store‘s website describing its Ramadan lesson plan:

If you are a Muslim family or class, I hope you will find these resources a fun and useful addition to your observance and celebration of Ramadan.

If you aren’t a Muslim family or class but are learning about Ramadan I hope you find the resources a good introduction. Learning about festivals from cultures that aren’t our own is a wonderful way for children to learn about the diversity and connections in our world.  Most festivals have things in common, such as special traditions, decorations and food and we can use these links to help our children understand that we are different, but also the same, all around the world.

When efforts to accommodate Muslim students morph into Islamic indoctrination of Christian, Jewish, Hindu or atheist students, that becomes a problem, according to constitutional scholar Daniel Piedra.

Piedra is executive director of the Freedom of Conscience Defense Fund. He sent a letter to Northshore Schools Superintendent Dr. Michelle Reid, placing her on notice that the district’s favoritism toward Muslim students crosses the line into unconstitutional terrritory. For now, it seems to have cooled the jets of Reid’s passion for making Islam the favored religion of Northshore School District, in accordance with the wishes of the Council on American Islamic Relations.

“Northshore’s decision to roll back its Ramadan policy is a victory for the First Amendment,” Piedra said. “We applaud the courageous parents and teacher who took a stand to remind Northshore it is a public school district, not an Islamic madrasa.”

In an updated memo, Northshore suggests a neutralized “comfortable space for fasting students,” but informs teachers “it’s [] up to the student whether they choose to go there or not.”

In a letter Reid sent last week to the legal defense fund announcing the policy change, she denied that the district’s Ramadan guidelines violated the First Amendment.

“Muslim students no doubt have a right to receive appropriate religious accommodations,” Piedra said. “But Northshore’s plan went above and beyond mere ‘accommodations.’ It exalted Islam as the privileged religion in the school district. It is unfortunate it took a threat to sue for district officials to come to their senses.”

Piedra said the defense fund will continue to monitor the district’s actions to make sure it complies with the U.S. Constitution. It is also awaiting the production of documents from a public-records request made two weeks ago. According to district officials, the records will be produced by June 21.

We will keep you posted on this case as well as others where parents are pushing back against the Islamization of their children’s schools.

READ how the exact same scenario is playing out with regard to Ramadan being celebrated in New Jersey public schools.

Leo Hohmann is an independent freelance journalist, author of the 2017 book “Stealth Invasion: Muslim Conquest through Immigration and Resettlement Jihad.” He is working on a follow-up that will investigate the Interfaith movement, which is ushering false and antichrist ideas into Western churches. To support his research and writing projects, please consider a donation of any size.

9 thoughts on “Is your public school endorsing Ramadan prayers to Allah?”