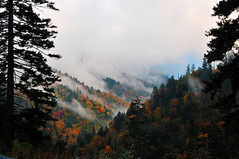 SUMMERVILLE, Fla. — In a bizarre twist involving a case that appears to be a shocking example of Islamic honor violence in this normally quiet Florida community, a man accused of murdering his girlfriend and daughter now claims to be a victim of bad media attention.

Ronnie Oneal III, 29, described by one of his closest friends as a “devout Muslim,” allegedly shot and stabbed to death his girlfriend Kenyatta Barron and their 9-year-old daughter, then stabbed and critically injured the couple’s 8-year-old son before setting their house ablaze.

A woman called 911 on the night of March 18 pleading for help, as a male voice, presumably that of Oneal, could be heard in the background shouting “Allahu Akbar!” This phrase means “Allah is Greatest!” in Arabic.

[Remember, as we reported in January, the FBI’s Detroit outreach agent, a female Muslim named Bushra Alawie, was going around teaching Michigan law-enforcement personnel that the term “Allahu Akbar” should not be interpreted as having anything to do with Islamic violence.]

In a press release, the Sheriff’s Office gave this account of what happened next:

In a second call, about 11:51 p.m., a male caller says, “I’ve just been attacked by some white demons.” He then says, “Her name is Ke-Ke and she tried to kill me and I just killed her.”

Hillsborough County deputies would arrive to a horrific scene: the 33-year-old Barron lying in a pool of blood, and her deceased daughter with stab wounds to her neck and torso.

According to the Tampa Times:

The boy, watching from their mother’s house across the street in the Royal Lakes subdivision of the Summerfield community, said Oneal was fighting with the mother of his children in the couple’s front lawn.

When deputies placed Oneal in their squad car, he again yelled “Allahu Akbar!” according to police reports.

Now, on Thursday, Oneal appeared in court and his comments were almost as shocking as the crimes he is charged with committing.

The man accused of trying to snuff out the lives of an entire family, including his own children, expressed concern that his good name is being sullied and his rights are being violated.

“I am demanding speedy trial,” he told Hillsborough Circuit Judge Christopher Nash, according to the Tampa Times. “And I am requesting a change of venue due to my due process clause of the Fifth, Sixth and 14th Amendment being violated in Hillsborough County with all the media exposure and with their making me out to be a menace to society, making false allegations and accusations before there is even a thorough investigation.

“This is an attack on my good name and known character.”

Oneal complained in court that news accounts make him out to be a “menace to society.”

Sheriff’s investigators reported that Oneal killed his girlfriend and their daughter, Ron’Niveya Oneal, and critically injured son Ronnie Oneal IV. The family’s home was set on fire as deputies arrived just before midnight in response to a pair of 911 calls.

His son staggered out of the burning home. One of the boy’s lungs had collapsed, his intestines were exposed, and he had severe burns on his body, according to a search warrant affidavit cited by the Times.

“My father shot my mother,” he told deputies.

In open court on Thursday, the judge warned Oneal that speaking about his case might be against his best interests. He spoke anyway.

“This has been the most inflammatory, prejudicial, pretrial publicity and the most malconducted, malicious administration I’ve ever seen,” he said.

He said he did not believe he could get a fair trial in Hillsborough County.

His court-appointed attorney told the judge she had spoken with her client about his concerns but he insisted on addressing the court directly.

Walter Ballard, a close friend of Oneal’s, told the Tampa Times they first met about seven years ago.

Oneal is a devout Muslim who Ballard said played with his kids and never gave any indication he was capable of violence. He worked odd jobs and had a passion for hip hop music, setting up a makeshift recording studio in the garage.

“There’s nothing bad to say about him,” Ballard said. “He was a good guy.”

Ballard said Oneal did talk about troubles, however. Troubles with demons.

“He always told me had demons,” Ballard said, “but I never thought it was like that. I don’t know what would make him do anything to his kids.”

Oneal’s next court date is scheduled for May 31.

2 thoughts on “Florida Muslim on trial for grisly murders struggled with ‘demons’, claims he is victim of bad press”